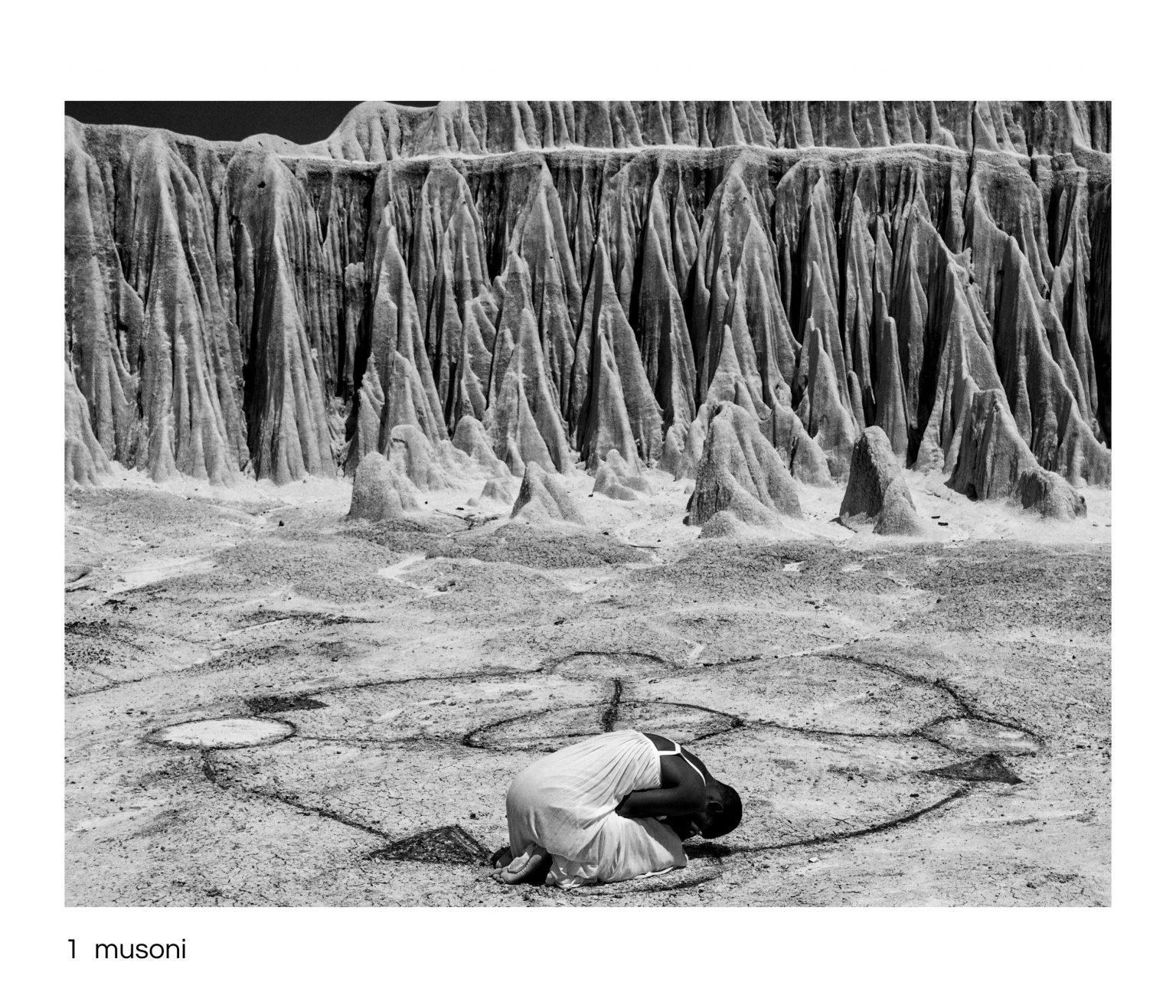 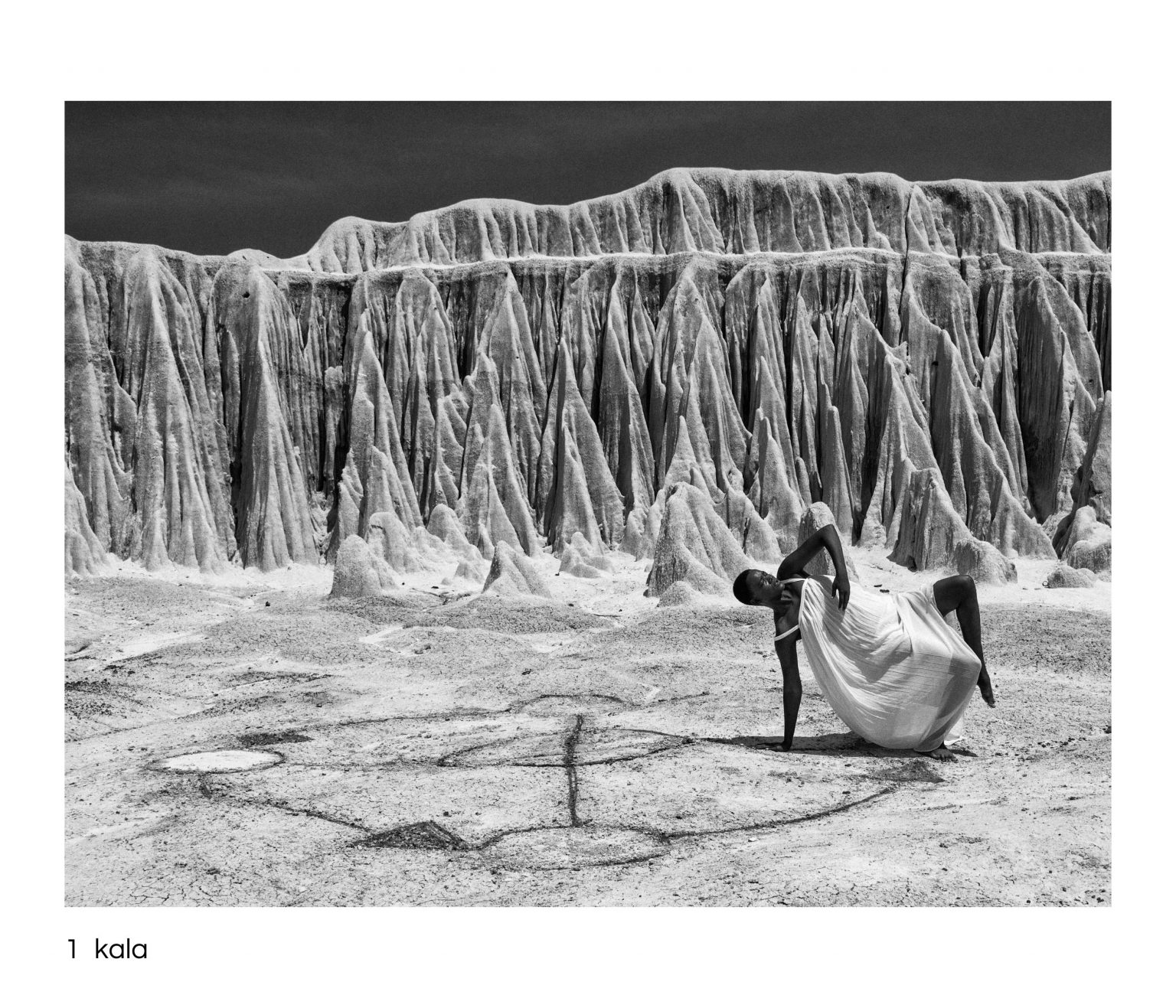 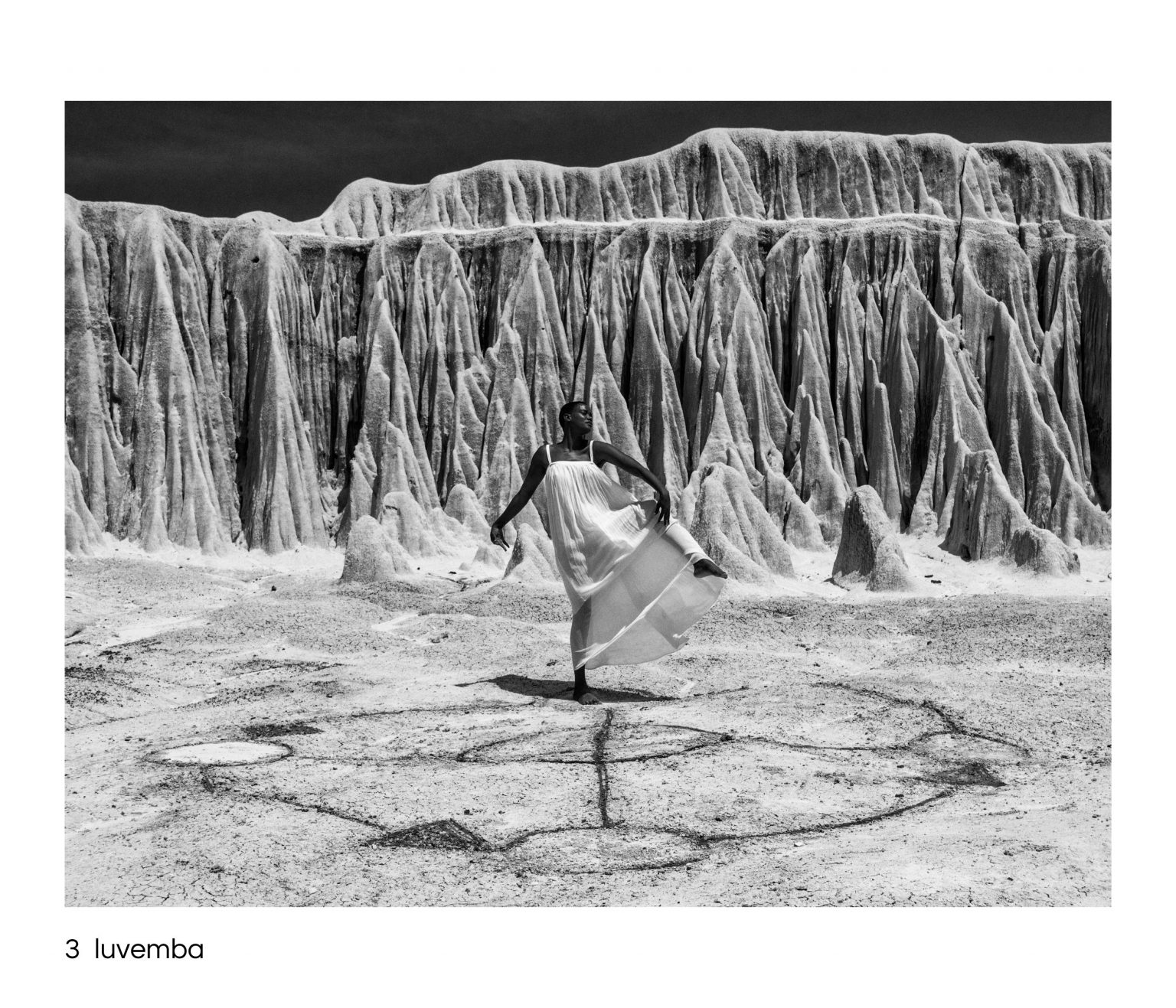 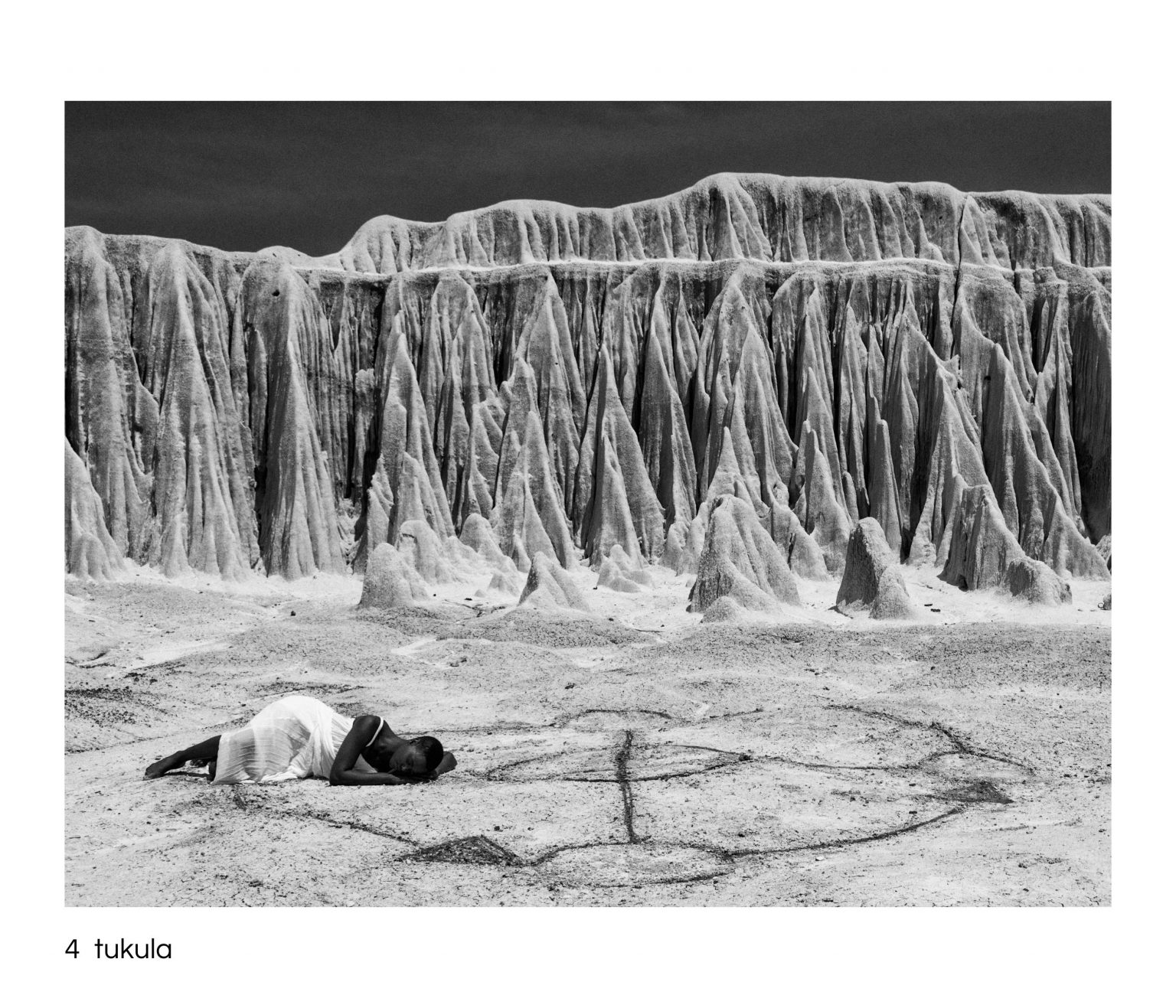 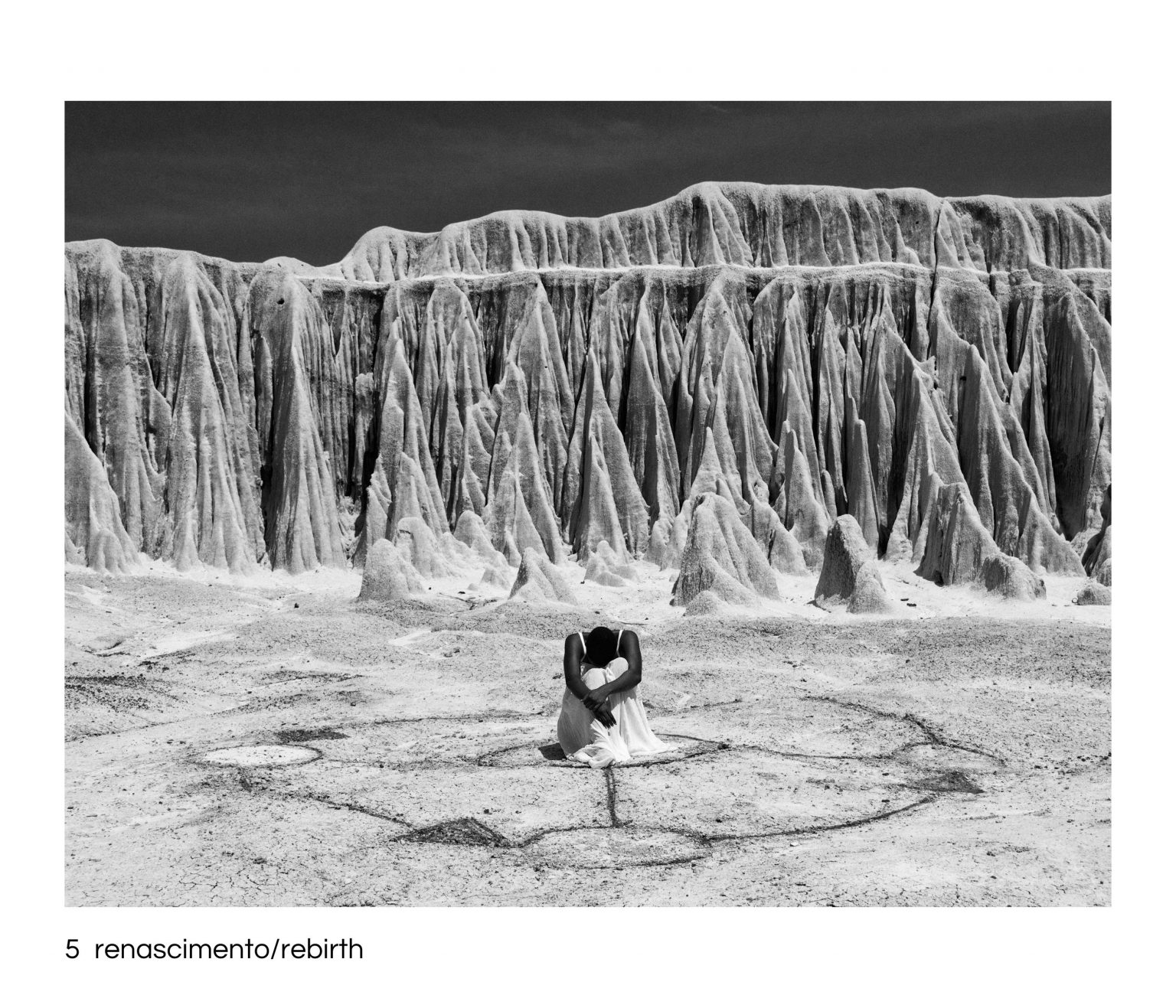 «Dikenga» is a poetic graphic interpretation of the Dikenga dia Kongo, also known as the Congo Cosmogram.

The Congo Cosmogram, an ancient symbol of the Bakongo spiritual realm, is known to have been used as a site for oath-taking between the Living, God and the Ancestors.

Its cross-like shaped core transposes, vertically, the relationship between the world of the Living, located above, and the land of the Dead, situated below. The latter, which embodies a spiritual dimension, is understood as the place where Ancestors and their wisdom lie, once they have departed from the physical realm.

The horizontal line known as «Kalunga», separates both worlds. Also symbolically interpreted as a water current, it is the area that Beings cross to get to the other side of life.

The lines of the cosmogram lay between tracings, sometimes represented as arrows, that form a circular structure. This shape evokes the eternal continuity of life, regardless of physical death.

Read counter-clockwise, the Dikenga dia Kongo sustains the belief that each individual or community follows a life cycle that is comparable to the different positions of the Sun within a day. These different phases of life are symbolised by four cardinal points. The journey starts at the southern point, Musoni, which represents the moment of conception - not birth - of an individual or community. It then goes on to the eastern cardinal point, Kala, where the individual or community is birthed into a society where the learning of social rules occurs. Tukula, the northern point, is the period of adult maturity, of knowledge and experience, which fourishes through the exchanges that occur between the different members of a community. Luvemba, the western cardinal point, represents the phase where knowledge is passed on to the next generation. It is also the fnal point before the cycle begins anew, departing again from Musoni, now place of rebirth.

The piece «Dikenga» consists of a performance, a photographic essay and a visual poem.