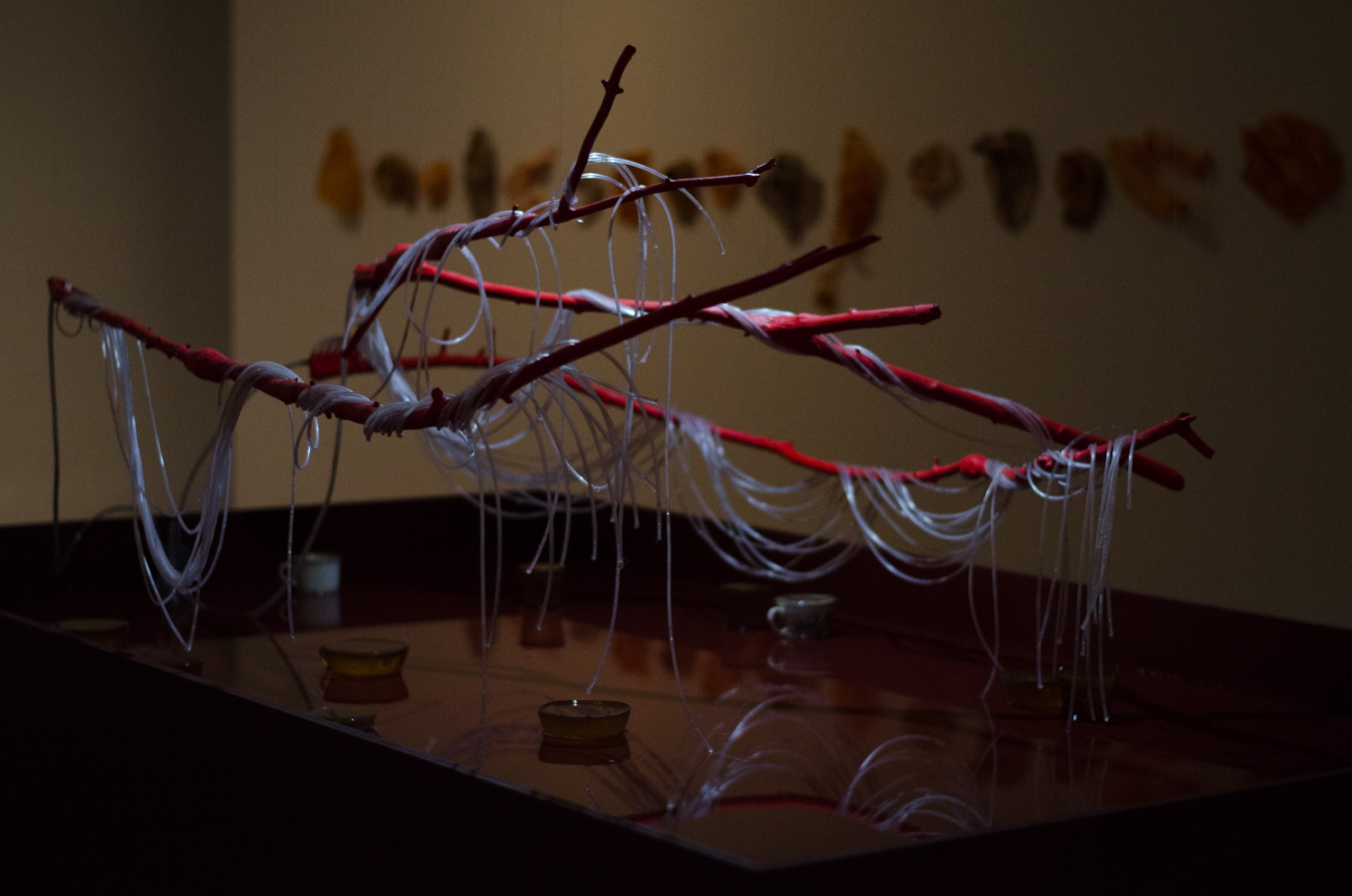 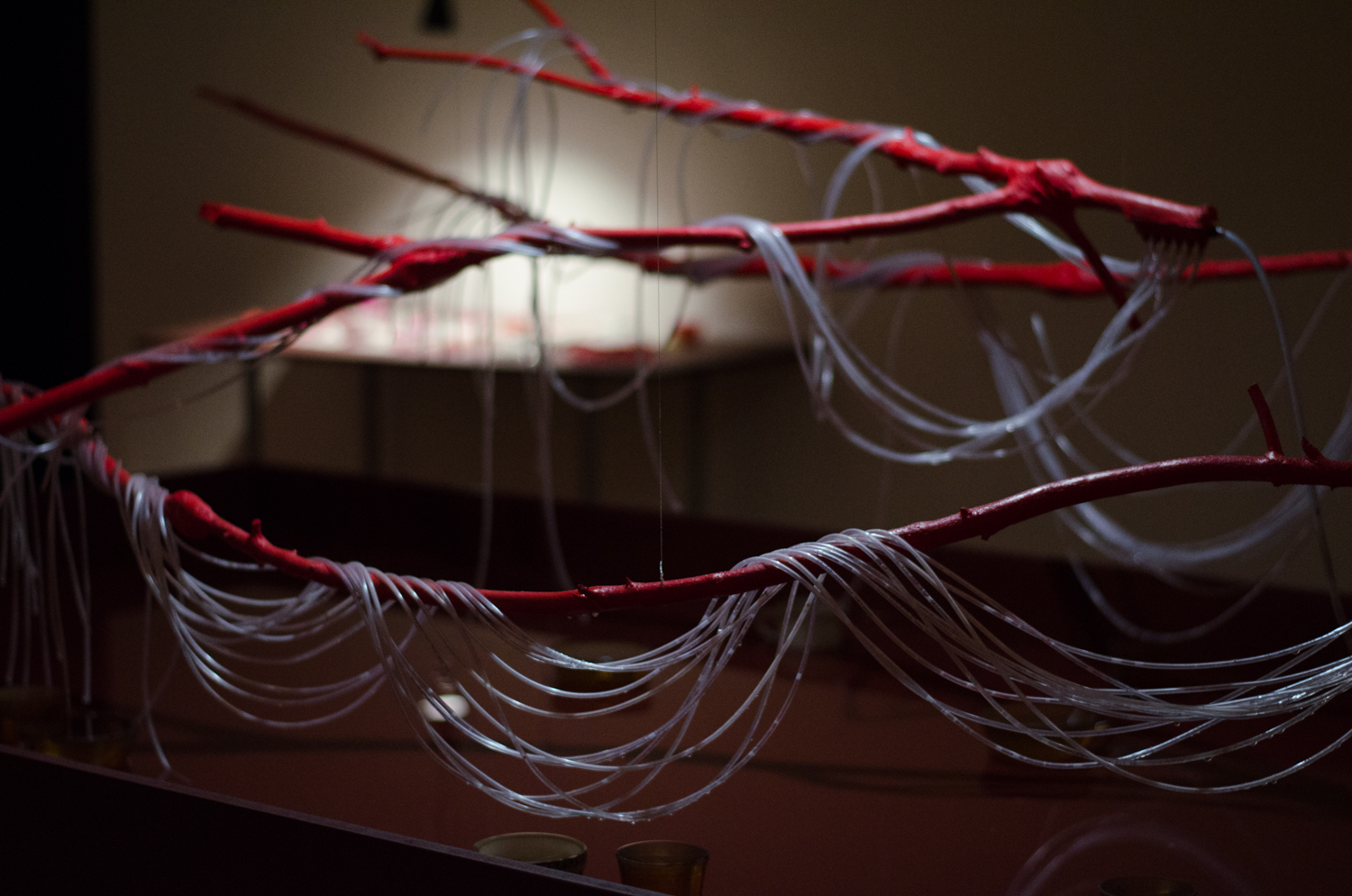 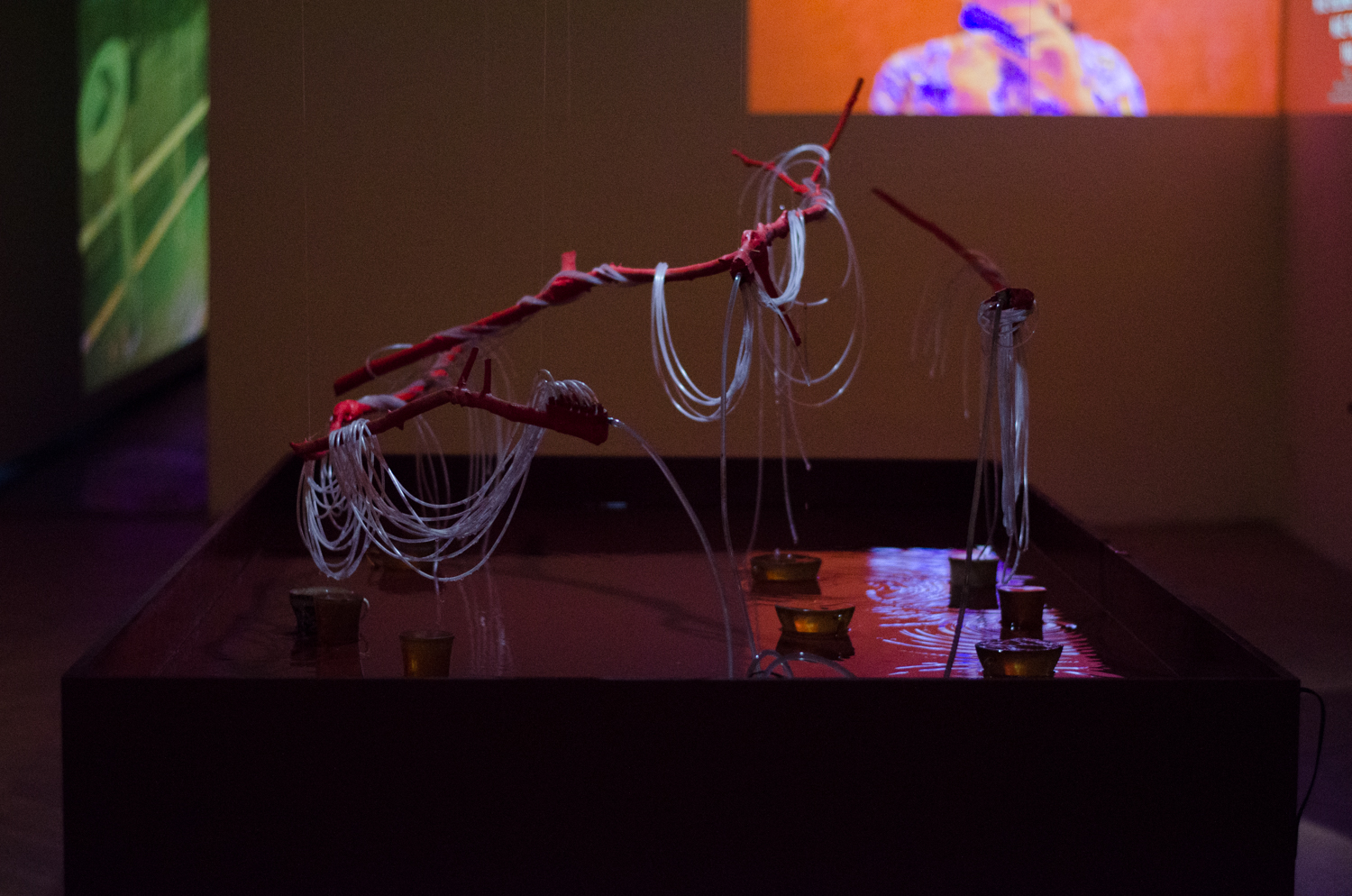 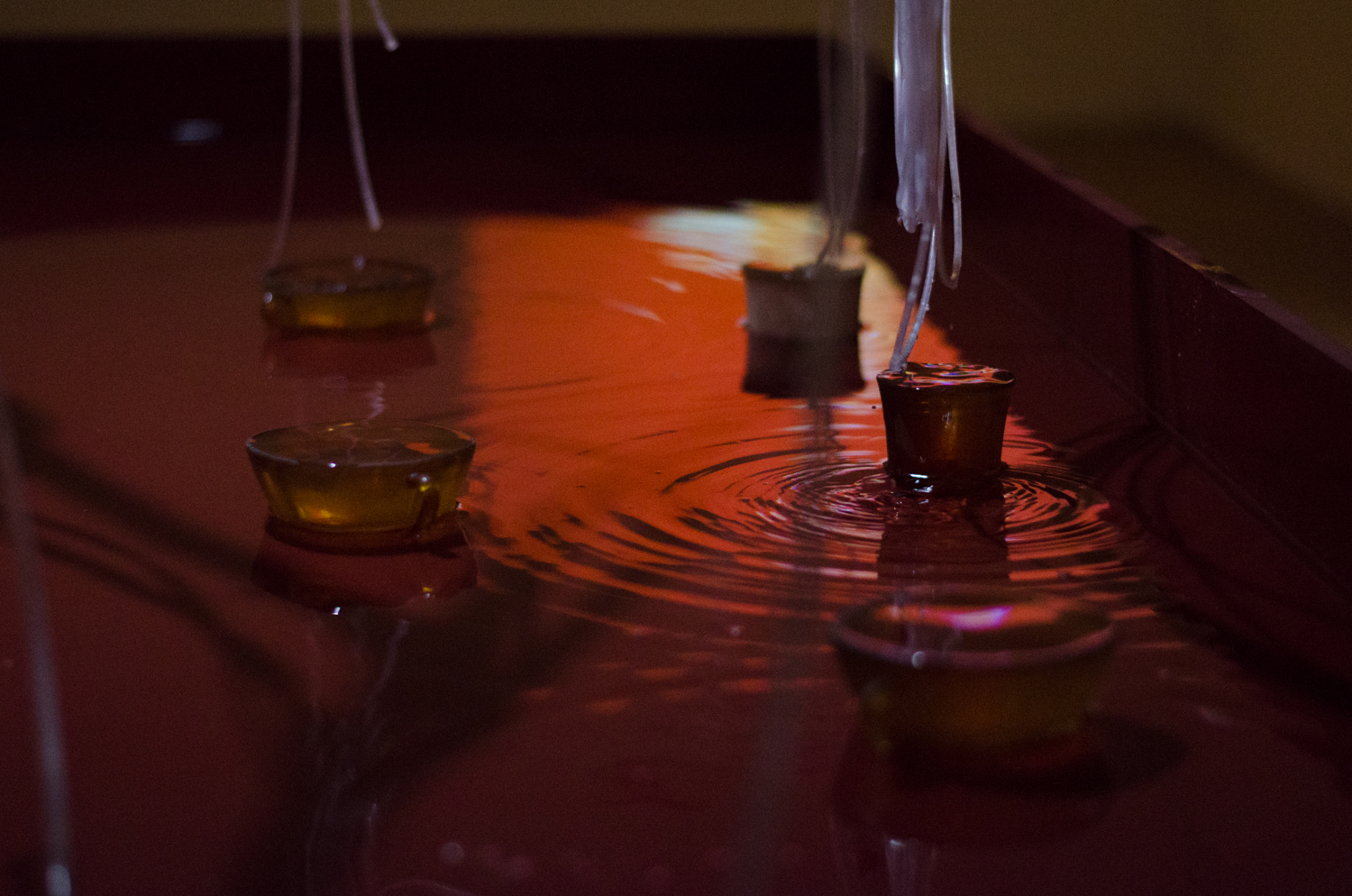 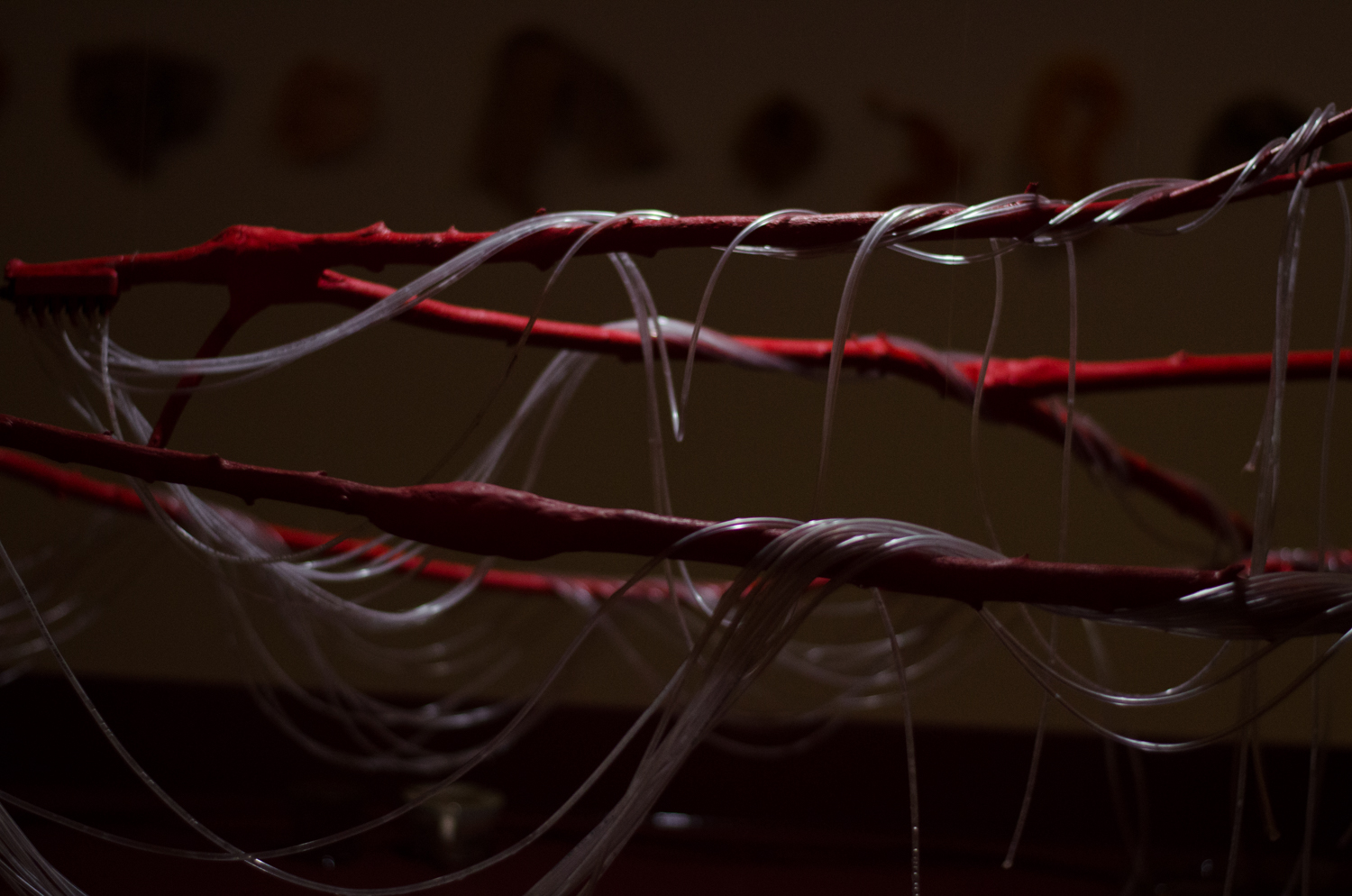 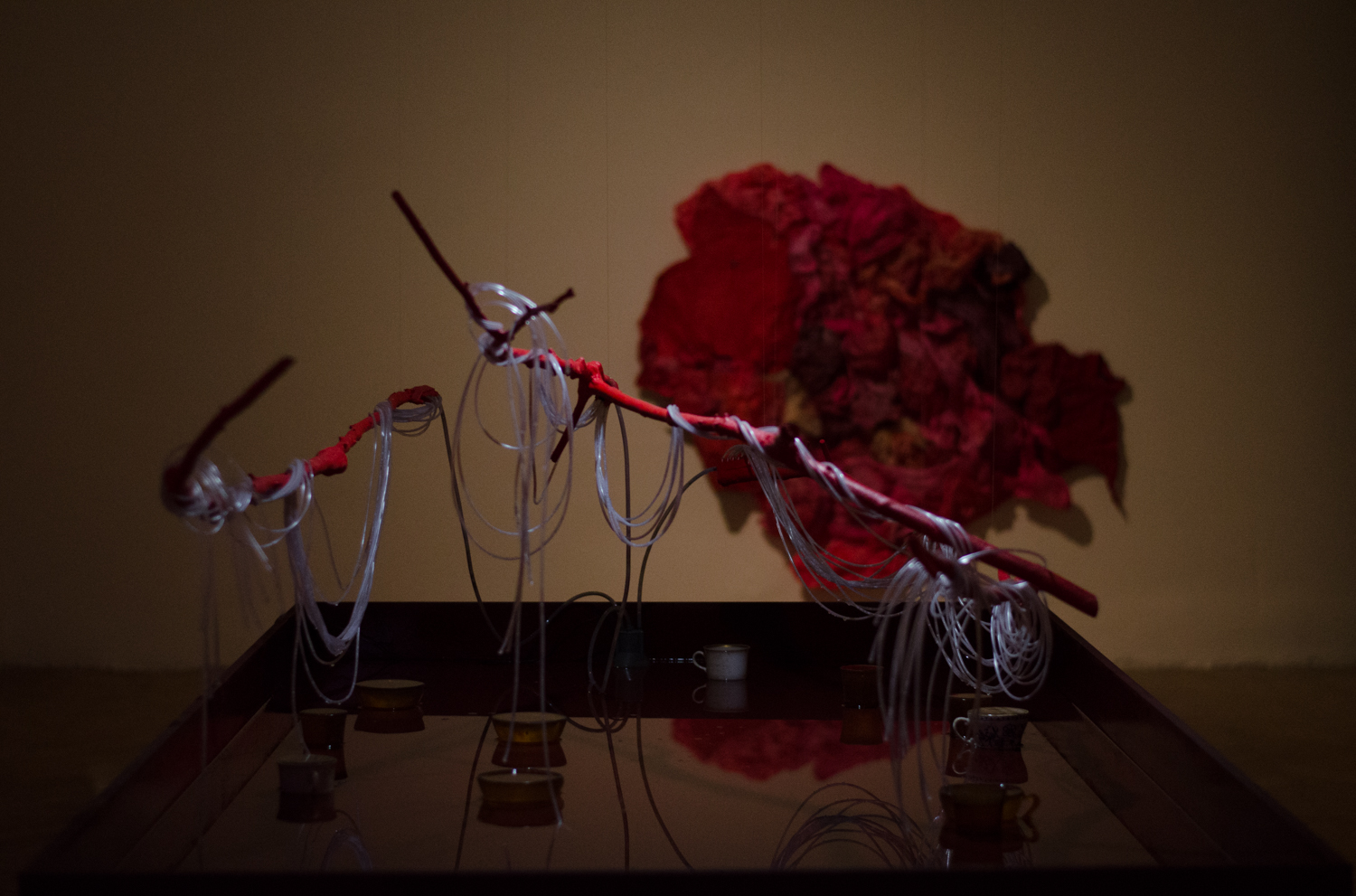 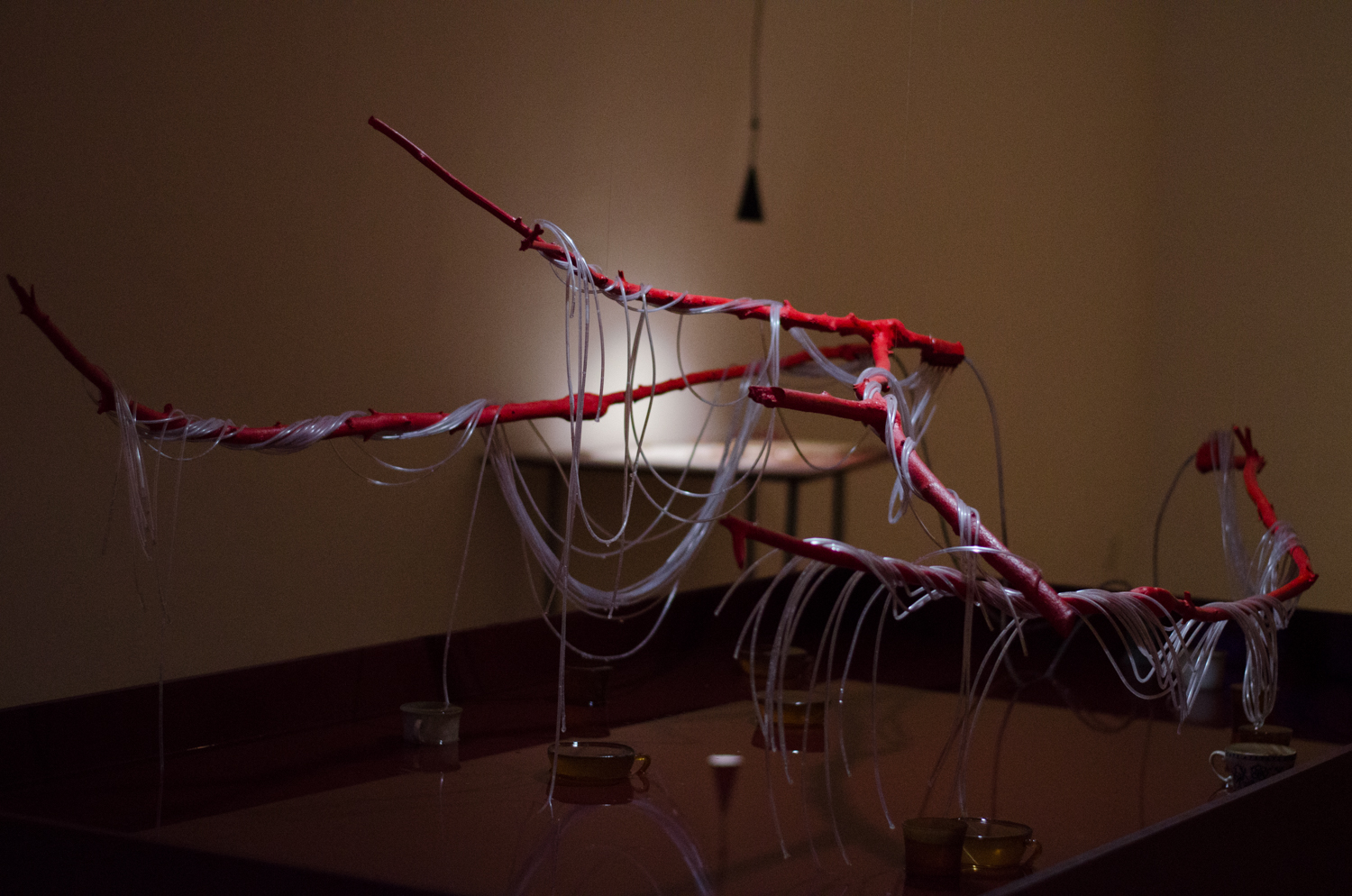 This sculpture is formed by three groups of tree branches. From the branches, water drips into a number of teacups placed on a table underneath. The branches mimic the shapes of three rivers in Brazil: Maracanã, Pedras (both located in Rio de Janeiro, Tamoio land), and Guedes (located around Palmeira dos Índios, in the state of Alagoas, Xukuru Kariri land).

The piece interrogates my own memories of peacock flower trees — also known as ayoowiri — growing in the banks of the Maracanã river, in Rio de Janeiro. During the European occupation of Brazil, the bark and leaves of ayoowiri was used for their abortifacient properties by enslaved Indigenous and African communities; a form of decolonising resistance rooted in notions of radical care and solidarity. The sculpture examines the plant’s presence in the riverbanks that flow through places significant to my mother, grandmother, and great-grandmother, connecting our own experiences with abortion to the broader structures of colonialism, migration, sexual domination, bioprospecting, and the Atlantic. The incessant dripping from branches to teacups and back amplifies the moment of encounter between body and plant, echoing my own experience with abortion to those of generations that came before me.

The title of this work derives from a quote by Édouard Glissant’s “Poetics of Relation,” where he writes:

[The imaginary] works in a spiral: from one circularity to the next, it encounters new spaces and does not transform them into either depths or conquests. Nor is it confined to the binarities that have seemed to preoccupy me throughout this book: extension/filiation, transparency/opacity... The imaginary becomes complete on the margins of every new linear projection. It creates a network and constitutes volume. Binarities only serve as conveniences for approaching its weave.