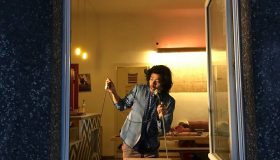 Pepe Dayaw is a performance artist, researcher and designer homebased in Berlin. Born (1981) in Manila and raised in a small island by the Pacific, he has resided in more houses than his age. For seven years from 2003, he worked in Manila in a church for seven years as a ritual dancer and researcher. He moved to Europe in 2010 as a theater studies scholar in Amsterdam and began to reform his life as an artist. In 2012, he moved to Madrid and initiated a project based on the simple game of cooking with leftovers or Nowhere Kitchen. It would evolve into a nomadic laboratory and a way of storytelling. In 2013 he migrated to Berlin where he introduced the Sari-Sari style, or the theatre and fashion of many things.

Pepe contributed to our event “Everyday Life in an Imperial Archipelago”, the launch of the digital exhibtion created by our digital fellows Jacinta Kaipat and Theresa Arriola.